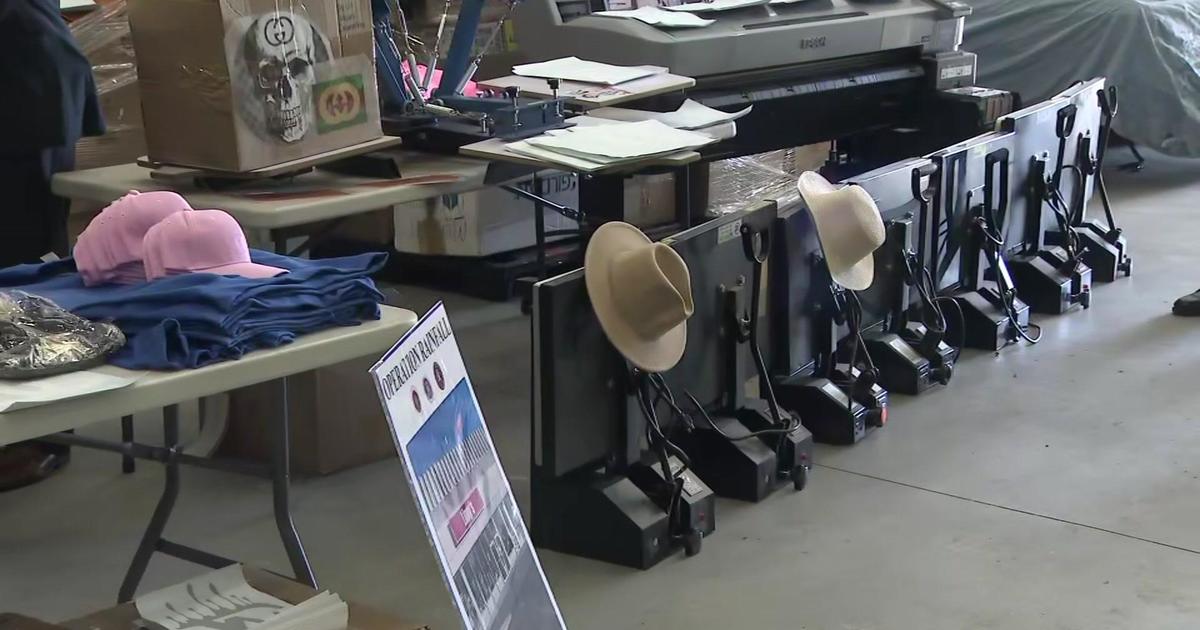 As CBS2’s Carolyn Gusoff reports, police say thousands of bogus designer goods were being sold out in the open, and shipped around the country.

Police say their 18 month investigation uncovered, in the store basement, 22 heat pressing machines and labels of sought-after, pricey designers, which, if authentic, would sell for more than $40 million.

The 31-year-old owner, Lindsay Castelli, is charged with trademark counterfeiting.

“This was a sophisticated operation,” said Nassau County DA Anne Donnelly. “A storefront that you could have walked by hundreds of times and not realized what was in it was thousands and thousands of dollars of counterfeit goods.”

The shop is shuttered until further notice, according to its social media. Requests for comment were not answered.

Castelli is due in court on Nov. 2.

Some shoppers say they know when it’s too good to be true, it’s a knock off.

“I think if you’re shopping here in that kind of store you expect you’re not buying a full real Gucci bag,” one woman said.

Officials urge the public not to perpetuate the problem, and say counterfeiting is not a harmless crime.

“They work hard to build a brand, and what’s going on here is people are stealing that brand and then are deceiving the public,” Nassau County Executive Bruce Blakeman said.

Donnelly has a message to counterfeiters.

“We will arrest you and seize your merchandise. It’s not worth it,” she said.

Law enforcement dubbed the sting Operation Rainfall for the weather every time they made undercover buys. But now, it’s raining on her business.

Ryder said there’s no way the store will operate again in this county.

A trademark counterfeiting conviction is punishable by one and third to three years.

Carolyn Gusoff has covered some of the most high profile news stories in the New York City area and is best known as a trusted, tenacious, consistent and caring voice of Long Island’s concerns.

arts is on air