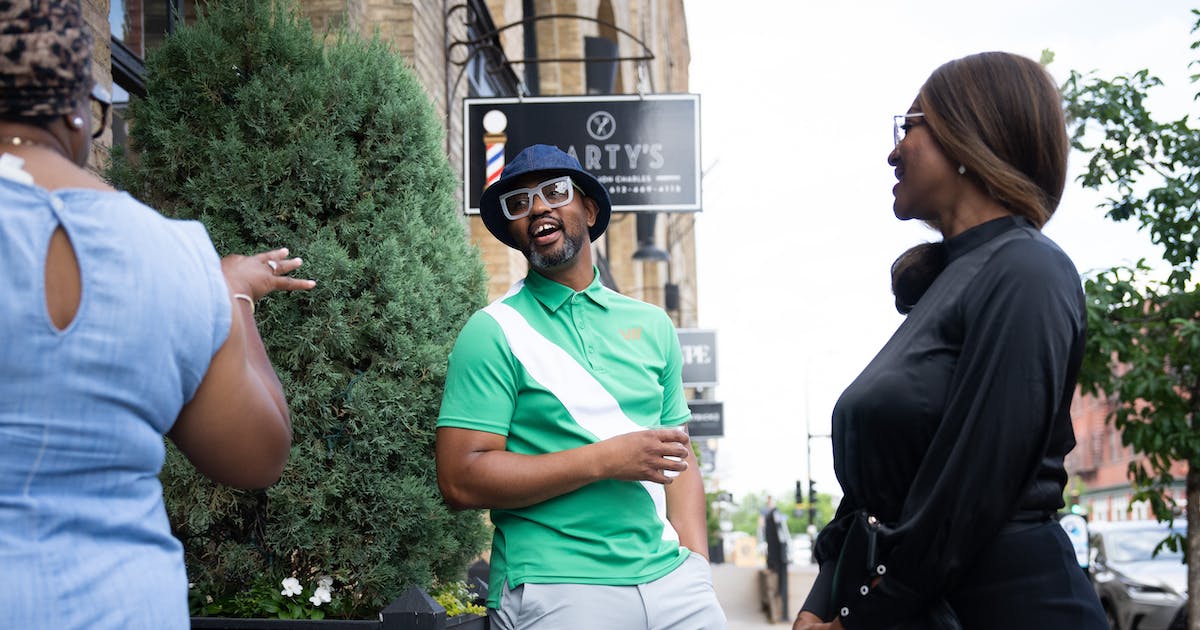 Houston White has always had a taste for fashion. At 10 years old, he created airbrushed T-shirts. At North High School in Minneapolis, he learned to screenprint shirts, then made designs that frequently sold out with other students.

Now at age 44, White is getting the opportunity of his life from Target Corp. to produce an exclusive collection of men and women’s clothing for stores across the country.

“For that to come full circle and just be something that as a kid I just did and to now be validated and bring that kind of flex to a place like Target, which is known for the best designer collaborations … it’s kind of surreal,” White said in an interview with the Star Tribune.

Their partnership will span several years, the company said, becoming Target’s longest-running relationship with a fashion designer. It’s also the first time the Minneapolis-based retailer has collaborated with an emerging local designer at such a scale.

Target for years has partnered with big-name brands and celebrities on limited-edition clothing and home products. Many of those have become attention-getting events, with some spawning early-morning crowds at stores and buying frenzies online.

White’s first Target collection, which became available this week in hundreds of select stores nationwide and online, has more than 40 menswear-inspired clothing and accessories items, including trousers, joggers, blazers, collared shirts and hats in sizes as big as 5X. The collection ranges in price from $14 to $60, with most items under $30.

The collection is a mix of preppy, color block polos and oxford shirts as well as more Afrocentric patterned pieces. Much of the apparel features White’s name and design emblem.

White nicknamed one colorful shirt “Fela” after Nigerian musician Fela Kuti, who is credited with the creation of the Afrobeat music genre.

“It’s that idea of style is a form of self-celebration and it’s also a way to bridge the gap between yourself and others … Our differences do make us really dope honestly,” White said.

The Houston White X Target project is the latest in a long list of entrepreneurial endeavors by White. On the corner of N. 44th and N. Humboldt avenues in Minneapolis’s Webber-Camden neighborhood, White runs his own barbershop and store, H. White Men’s Room, where he sells streetwear and sportswear. Next door, he owns Get Down Coffee Co., which he opened last year with Dan Anderson of Dogwood Coffee.

White first began talks with Target executives at the beginning of 2020 as the Minneapolis retail chain started exploring more ways to support local Black-owned businesses. Following an intimate meeting with some of Target’s Black male employees at White’s barbershop, Target CEO Brian Cornell spoke with White about some of his personal and professional goals.

Cornell and Target’s chief merchandising officer Jill Sando stayed in touch with White over the year.

“I knew that he had these dreams and this vision that we wanted to introduce our guests to, but I don’t know that we knew exactly what it was, which is different from other partnerships,” Sando said. “We gave ourselves the time and the space to dream a little bit.”

During that time, the Twin Cities and the world dealt with crisis after crisis, including the pandemic and the aftermath of the police killing of George Floyd in south Minneapolis.

Target began to sell some of White’s “Black Excellence” shirts and Get Down Coffee in the store it rebuilt on Lake Street following the violence and protests after Floyd’s slaying.

In early 2021, J.C. Penney sold some of White’s collection for a limited time.

Over the past two years, Target has pushed to work with more companies led by Black makers, making a commitment to invest more than $2 billion in Black-owned businesses by the end of 2025.