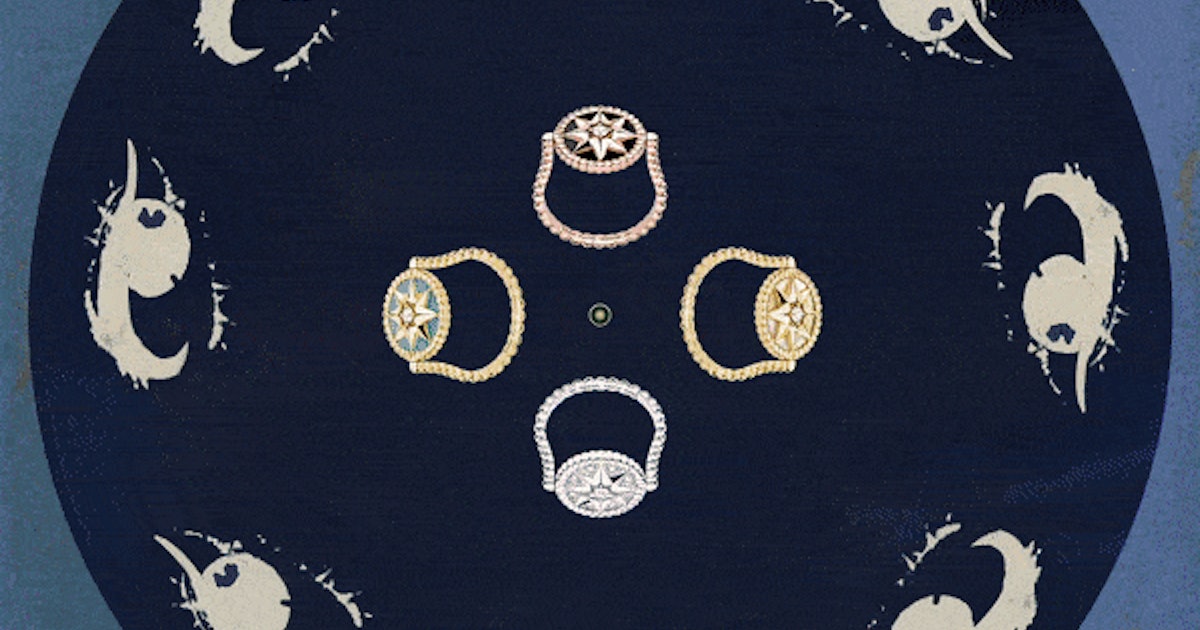 A piece of fine jewelry or classic investment timepiece is never just an accessory—there’s always a rich story behind it. In W’s new series Rock Stars, we delve into what makes past, present, and future heirlooms so unique.

Humans throughout time have been keen to predict their own futures. Often we’ve turned to the divine sciences to help us make decisions. The other night, as a means of entertaining myself, I spammed my boyfriend’s phone with a series of Aries memes (he is such an Aries). As a millennial, I enjoy astrology. It’s an interest that we young people are given a bad rap for indulging ourselves in. As frivolous and unreliable as the medium might be, I find myself comforted by glimpses into the months ahead and assurances of my predetermined personality traits.

As it turns out, I share this future-curious quality with Monsieur Dior, founder of the house of Christian Dior who was born in 1905. According to his autobiography, the superstitious designer often consulted with clairvoyants and let symbols and prophecies influence his trajectory. Legend has it that Dior was inspired to start his eponymous house when he almost tripped over a star while walking up the Rue de Faubourg Saint Honoré. That lucky star has since become an important symbol in the lexicon of Dior. Many collections, even some of those produced today, have referenced the designer’s passion for divinatory arts.

The Rose des Vents fine jewelry collection is among those that share divine inspiration. In these simple, elegant pieces, designed by Creative Director of Jewelry, Victoire de Castellane, the house’s lucky star is transformed into the Wind Rose, a universal symbol of travel and adventure. This eight-point symbol combines the late couturier’s favorite number (eight), flower (a rose), and symbol (a star).

For its newest release, the collection has been enhanced with bracelets, necklaces, and studs in pink, white, yellow gold, with lucky-charm-like medallions. Emerald and malachite greens mingle with mother-of-pearl and diamonds on cuffs and a four-strand necklace. One of the standout pieces, a multicolored choker, is punctuated with diamonds in a rice grain setting. On some pieces, new charms, called Rose Céleste, show a yellow gold sun or a sparkling moon sharing the coin with the iconic star, and can be worn with either face forward.

If you’re in need of a lucky charm, or a little inspiration for the future like me and Monsieur Dior, the full collection is available at Dior.com.