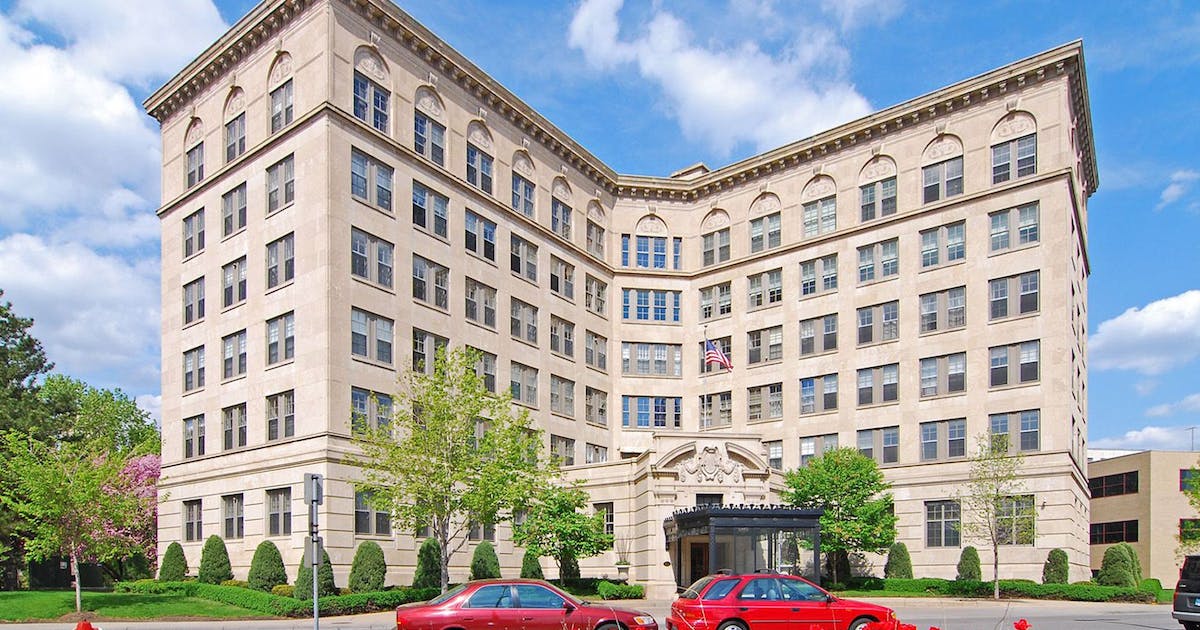 To say dining at 510 Groveland turned out to be more than Mary Ruth Harsha had bargained for is an understatement. By the end of the evening, she had practically moved in.

“I came there for dinner and fell in love with the building,” she said of the stately building in Minneapolis’ Loring Park area. “I went up to the front desk and asked if there was anything available, went up and looked at an apartment and took it on the spot.”

That was 17 years ago, when Harsha moved from Mahtomedi to Minneapolis. Now she’s getting ready to hand over the keys to the next person who will fall in love with the historic building, which operates as a cooperative and houses residences above a ground-floor restaurant that over the years has been the 510 Restaurant, La Belle Vie and, now, P.S. Steak.

She’s listed her apartment at $275,000, or $406 per square foot, a relative bargain price in the boutique building.

“It’s priced to sell,” said Harsha, who is moving to Michigan, where she grew up.

At 677 square feet, the one-bedroom, one-bathroom apartment built in 1927 is one of the smaller pads in the approximately 30-unit building. The Homeowners Association (HOA) fee runs $1,559 a month.

Harsha considers the HOA worth it because “it covers everything,” she said. That includes reserves for capital projects, operating costs that include heating and central air, electrical, utilities, internet and cable, as well as a gym.

Listing agent David Duddingston said the HOA fee also factors in things that a condo might not, such as property taxes.

In addition to owning one’s apartment, residents also have a stake in the entire building, based on the square footage of their units. That includes spaces that are leased, such as the main-floor restaurant, as well as office spaces.

“In a condominium, you’re buying property within the four walls of the apartment. With a cooperative, you’re actually buying a share of the entire building,” Duddingston said, noting that 510 Groveland is one of the few cooperatives in the city.

Built in the mid- to late 1920s as a residence hotel, it was a place where families from Chicago or New York would head for the summer months and rent for the season. In the 1940s, it became a cooperative.

“It has a historic place in the city. It’s reminiscent of apartments and co-ops that you might find on Lakeshore Drive in Chicago or Park Avenue in New York,” Duddingston said. “It’s a historic property that’s extremely well maintained. It affords a lifestyle that you just don’t find in other luxury properties in the Twin Cities.”

The unit Harsha is selling is actually the second one she has lived in at 510 Groveland. She originally had a two-bedroom unit on the fourth floor with her daughter. When her daughter moved out to attend college nine years ago, Harsha decided to relocate to a smaller unit on the sixth floor.

Even though she downsized to a smaller unit, the open design made the space function well. The living room flows into a formal dining room, which flows into the kitchen. The bedroom and bathroom are tucked away on the other end of the unit.

Built-in shelving, spacious closets, 10-foot ceilings and large new windows also make the unit feel spacious. “It doesn’t seem small to me at all,” she said.

The sixth-floor unit has other perks.

The windows look out onto the Minneapolis skyline. “I have a spectacular view of downtown. And that is especially true at night,” she said.

In addition, because it’s the top floor of the building, it has the highest ceilings. “Some people [on this floor] have raised their ceilings even higher,” she said.

Nearby amenities are also top-notch.

“This building is a stone’s throw from Loring Park and the Walker Art Center. I frequently go on walks and cross the Hennepin-Lyndale pedestrian bridge to the Walker,” she said. “It’s close enough to downtown Minneapolis that during the spring and summer you can walk to Orchestra Hall, the Dakota jazz club and the shopping areas.”

And then there’s something beyond brick and mortar.

“The people in this building have a spirit of camaraderie,” she said. “And that’s true not only among the residents but among the staff, too.”